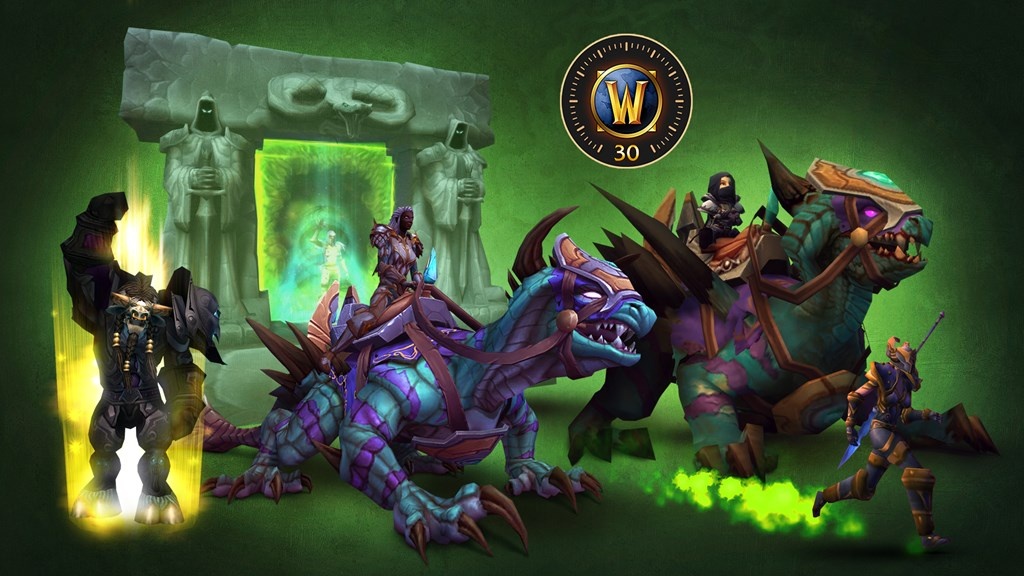 Getting a deluxe version of a video game is often a big decision for most gamers. After all, the price of these variants of a release is always significantly greater than that of a regular title. Also, they usually come with some kind of a pre-order system or even a waiting list, which is a deal-breaker for many who do not want that same hassle. Finally, the sad fact of the gaming industry in the previous 10 years is that many deluxe editions are simply disappointing even for the biggest fans. The reason for this is the pivot of most gamers to digital-only purchases of video games, where the appearance of committed deluxe collectors has been actively dropping year by year. So, the game development companies and their producers slowly began investing less and less in these product forms. However, the upcoming Burning Crusade Classic Deluxe Edition promises to be a different story. That is not very odd, considering that Blizzard Entertainment is not an ordinary gaming company and World of Warcraft Classic is not just one more MMORPG. So, with a deluxe edition worth spending money on, the company revealed when the players can expect to get in their Burning Crusade Classic special edition package.

There are not many fans of the original World of Warcraft who have not heard about the Burning Crusade. The same is a now-legendary expansion of the WoW world which brought countless exciting hours of gameplay to all players back then. Now, WoW Classic is re-releasing the same expansion. The team at Blizzard worked on it for some time, fixing bugs and adding other tweaks. However, for the most part, it provides the same experience as it did back then. That is why there is so much excitement about the same content among both veteran players and the new gamers who only recently began immersing themselves in WoW Classic. The deluxe edition, however, is something different and it became available on May 18, while the expansion itself should be ready for gameplay on June 1, 2021. In the deluxe product, the players will be able to find additional elements that should make their experience of the expansion more memorable, but also slightly different than the experiences of those who get the regular version.

The first thing that the owners of the Burning Crusade Classic Deluxe Edition will get is additional mounts. These beasts and machines are a means of transport in the world of WoW and the deluxe edition will get its owners some of these. The first one is the Reawakened Phase-Hunter Mount, which was meticulously designed to look like the original version from the expansion. Viridian Phase-Hunter Mount is also in the package. Besides the mounts, players will get the Dark Portal Hearthstone and Path of Illidan Toy. These provide interesting in-game benefits and visual changes but mostly remain cosmetic in nature. The much more important element of the deluxe edition, gameplay-wise, is the Dark Portal Pass. It is used to boost any hero, apart from Draenei or Blood Elf, to boost them to Level 58 instantly. This alone will greatly appeal to players who are only entering the same gaming ecosystem. Weapon skills will also go to the same level as well. Of course, it is perfectly understandable why anyone in that position would want to boost their level and enjoy WoW Classic with a more powerful character and free of endless grinding. Fortunately, even those who do not get the deluxe edition can get that benefit with dedicated professional boosting services right here. Furthermore, the players will get an apprentice Riding skill, mount for their race, access to several flight paths, a set of magic quality gear (level 58), four Runecloth bags, and even an amount of gold for the players. Finally, the package provides 30 days of WoW game time, covering the WoW Classic, the next Classic expansion, and the contemporary WoW game. All of this is a good deal however one perceives it - the boost in level, skills, items, and even in-game gold shows that there is really a strong value proposition in the  Burning Crusade Classic Deluxe Edition. This will likely make it very popular in the WoW Classic community.