Catalog Search Sign in
Call Of Duty: Vanguard - Reasons Why the Next CoD Game Could be a Massive Hit
Call of Duty: Modern Warfare 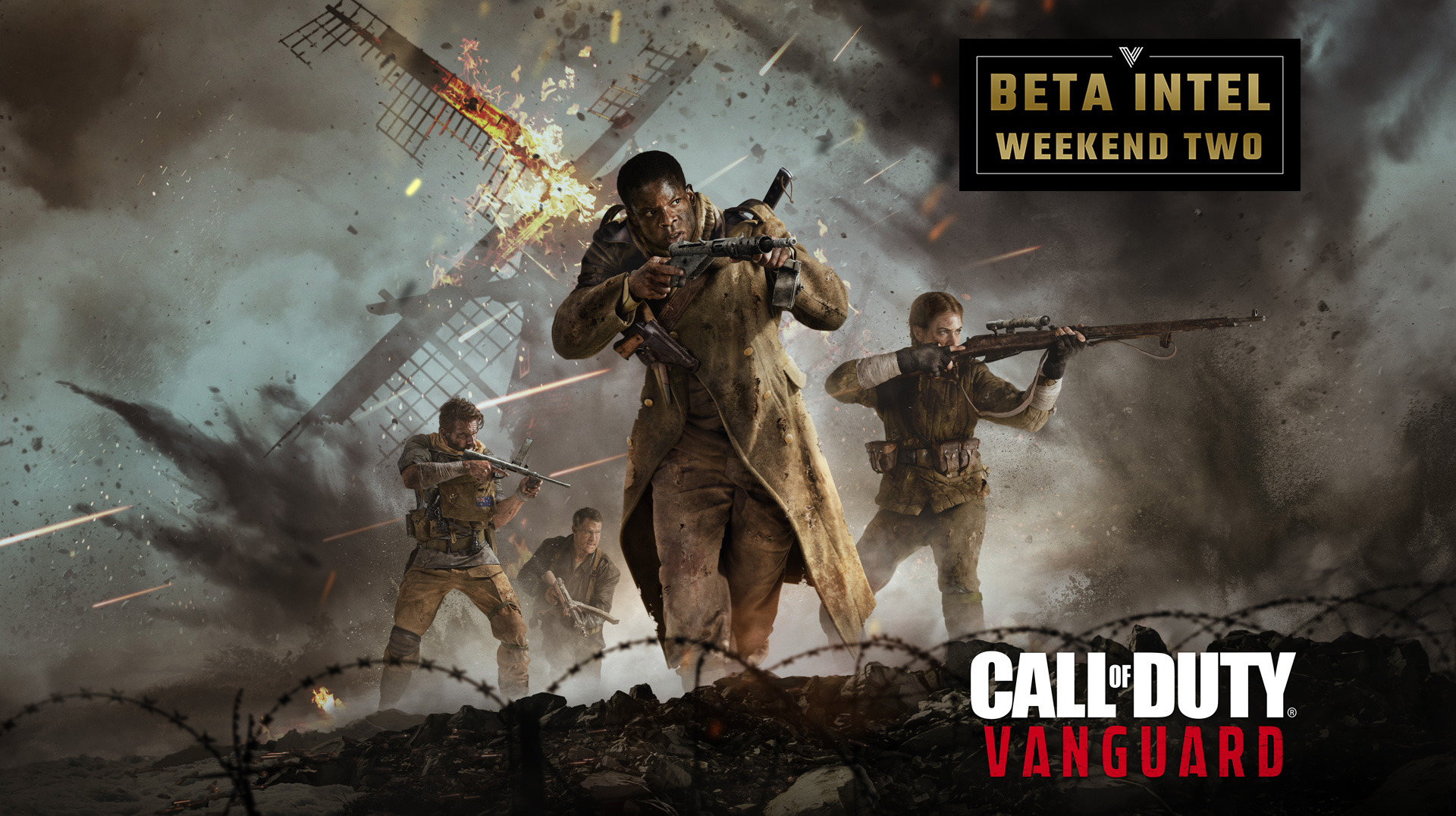 Chances are that presently, there are not many games, especially those who enjoy FPS titles, who have not heard about Call Of Duty: Vanguard. The latest installment in the long-running series from Activation is bringing a new shooter to the realm of multiplayer competitive titles. This title will set the action back into the golden period for this game, which is WW2, but this time with an interesting twist focusing on special units and clandestine operations behind enemy lines or in front of big advancements by the main armies. Most games from this long series have been either wildly successful or true blood legends of the world of gaming. With spinoff series like Black Ops having legions of fans on their own, saying that Call of Duty is well-known among all games on a global level would be a serious understatement. Because of that, the pressure for the team and the whole of Activision has thus been substantial as all around the world are expecting something extraordinary at the very least. In recent weeks, the fact that the announcement came so close to the release date also underlines the same fact. Now, everyone is excited about this title and wants to know more about the things that await them in Vanguard. To help with that, here is a detailed overview of the game and the reasons why it has all of the hallmarks of a hit title.

The developers and the publishers of Vanguard decided to announce the game through an interesting means. That included an in-game announcement during an event inside of Call of Duty: Warzone. That game is already insanely popular in the FPS community. As a free-to-play title, it is arguably the best and most complex such game on the market. Also, it is very challenging as the players battle it out in ever-growing tiers of competition. Fortunately, thanks to NextLVL boosting services dedicated to Warzone, anyone can overcome these challenges easily and through very affordable prices. But, it seems clear that Vanguard will be just as challenging and just as fun, at least according to Activision and the team working on the game. It is slated for a release on November 5, 2021, and it should come to a range of consoles and platforms. These include a Battle.net presence for PC, but also a version for Playstation 4 and 5, as well as the Microsoft platform of Xbox One, and Xbox series X and S. So, this WW2-themed FPS spectacle will be one of the most played shooter games at the end of the year and the player community behind the Call of Duty series is more than ready for it.

The studio that is developing the Vanguard title is Sledgehammer Games. It worked previously both on Call of Duty: WW2 and Call of Duty: Advanced Warfare, which makes it very familiar with the same franchise. It decided, along with the producers and publishers, to set the game into the Second World War, but do it with a twist. The name stems from the military term that is thousands of years old. In warfare, a vanguard represents an extruded unit or selection of units that are in front of the main body of the army. They are the tip of the spear and the units that first encounter the enemy, usually with the objective of striking fast and hard, thus opening an in-way for the rest of the army. In the case of this game, the campaign will not only focus on the Western Front. That will make it different from Call of Duty: WW2, which basically followed the same group of soldiers from the Normandy landings to the end of the conflict, making it similar to the TV show Band of Brothers. Vanguard will be something different, as it will cover four different theaters of WW2.

Those will be the Western and Eastern fronts of Europe, but also North Africa and the South Pacific. There will be four main protagonists in these theaters, all in different regions. One of these will be a woman, a Red Army sniper called Lieutenant Polina Petrova from the 138th Rifle Division. The campaigns will be featuring a lot of historical facts, especially for the less-known fronts in the South Pacific, which were not extensively converted in TV shows and movies as much as the European theaters. Some journalists are skeptical about the impact of the campaign because of the relatively lackluster reception that the Call of Duty: WW2 got, which for many players presented a story that has been told so far many times around. But, with the diversity of the Vanguard campaigns and so many different theaters and enemies, it is hard to see the story being completely uninteresting.

Once it is launched and running, Vanguard will provide 20 multiplayer locations and custom maps. That is beyond what most Call of Duty titles offer presently. One of the reasons for this is the fact that the game will not feature massive multiplayer modes with a lot of human participants battling it out at the same time. That means the title will not have its variation of things like Fireteam that is a big crowd-pleaser in Call of Duty: Black Ops Cold War. So, 16 of the 20 maps will feature the regular 6-vs-6 multiplayer. Four remaining maps will include a new mode that has the name of Champion Hill. Here, players will see a combination of 2-vs-2 Gunfight mode but which pits players in 1-vs-1, 2-vs-2, and 3-vs-3 variation of tournaments. Besides, the game will showcase a reintroduction of Gunsmith features, highly destructive environments, as well as a huge offer of historically accurate weapons. That will be a big chance of pace in comparison to the Black Ops Cold War, which is something many players have been looking for.

Along with its campaign and its multiplayer, the game will come with full integration with Warzone when it comes to its Battle Pass system. That will include a new Warzone map that is likely going to rely heavily on the WW2 game and themes. That should spice things up a bit in Warzone, especially because the Verdanks and the 1984 iteration have become more than familiar to the players by now. Also, the integration will offer a higher degree of flexibility in other domains of these Call of Duty games. Despite the shaky start to the process of integration, it looks like Activision has now locked in the entire system. Games after Vanguard will likely feature the same process which only strengthens the entire ecosystem and makes it easier for players to switch between titles.

Like the Battle Pass system, the zombies mode is also proving to be quite popular across the same franchise. In this case, the Sledgehammer studio and their team did not develop the co-op mode for Zombies. Instead, Treyarch is taking the leading position in the process. This studio developed the Call of Duty: Black Ops Cold War. That is great news for the players not just because of the gameplay elements and the sheer quality that Treyarch offers, but also because of the overall narrative from the Black Ops universe. That is why the Dark Aether narrative and the whole storyline will continue in Vanguard as well. It is not known how exactly that will look like, but the chances are that the game is going to be the perfect addition for players who are following the Dark Aether tale closely. Of course, the fact that Vanguard is taking place in WW2 some 40 years before the Black Ops Cold War is also a challenge that the Treyarch writers will have to address somehow.

To further hype up the game and see reactions so far, Activision is also beginning a process of free Alpha weekends. This first included players on PS4 and PS5, which are the first to get a glimpse into the finished game. Even better, no pre-order is needed for the players to have a PlayStation Plus account. The Alpha is open to everyone and the rest of these will be presumably accessible on different platforms in the same manner. The test of the Alpha release includes Champion Hill, where the players will get a chance to test out this multiplayer, but also get some glimpse into the campaign and overall mechanics of the game. Presently, it seems that Vanguard will fit in nicely with the more contemporary-oriented Modern Warfare, Black Ops Cold War, and Warzone. At the same time, chances of having a very interesting campaign are not that high, having in mind the under-delivery of Call of Duty: WW2. Still, a good multiplayer setup and a smooth Battle Pass integration with Warzone can more than make up for all of that. In any case, millions of CoD players will eagerly await the November release to get into all of those WW2 theaters and start their own shooter adventures. 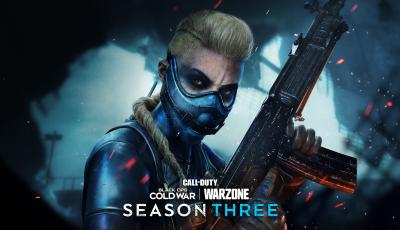