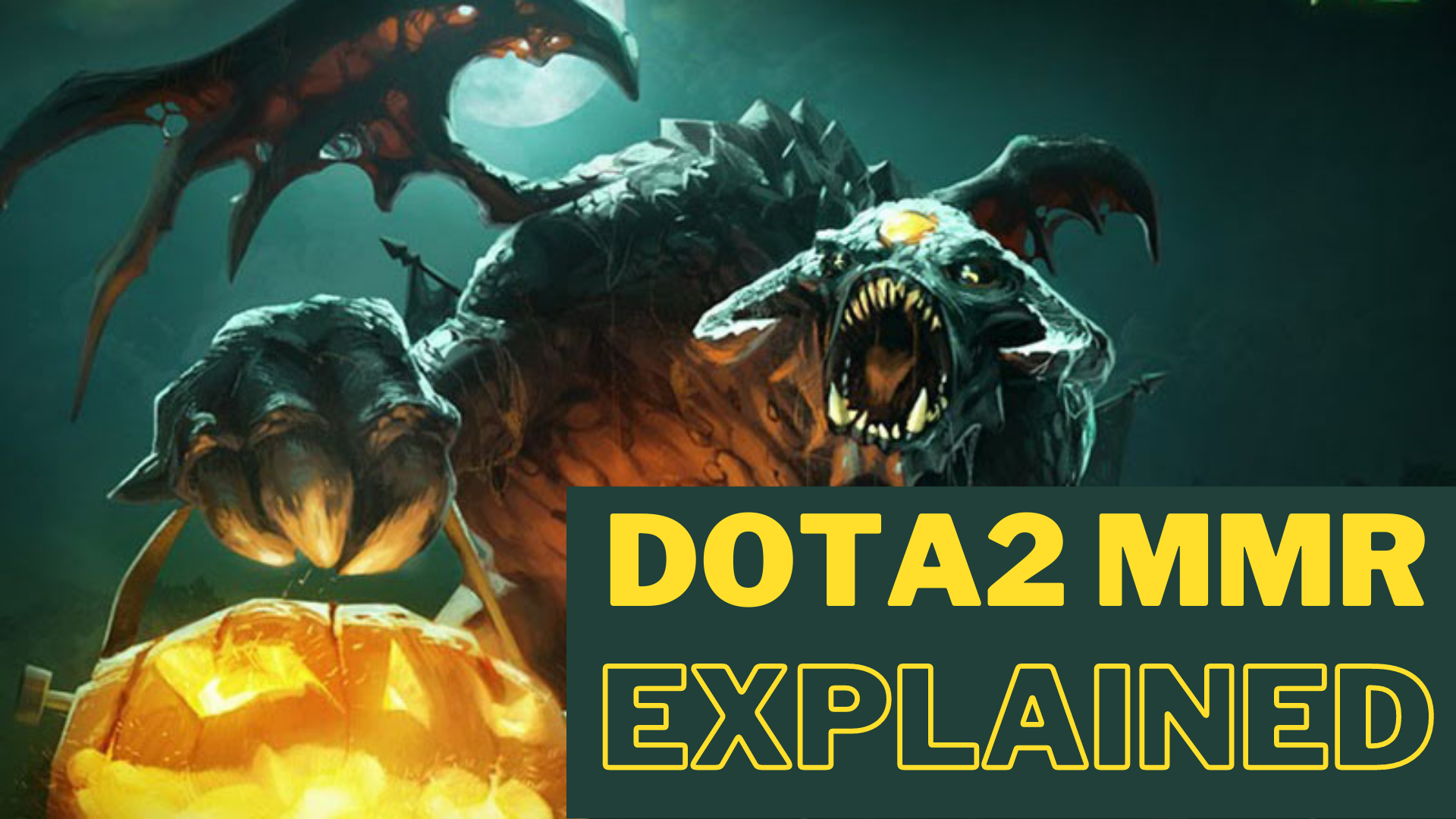 Dota 2 is an extremely competitive eSports game and each competitive game has its own matchmaking and ladder system to provide a fair environment for players. In this article I will explain everything about the dota 2 rank system, how it works and some tips on how to improve your mmr playing on different ranks.

Few words about myself - I have been an experienced Dota 2 player since the launch and a Dota 1 player for a few years as well. I was playing on 6500 MMR when the maximum was around 8000 MMR. I played in different patches, maps and roles. I was around 3000 MMR after my first calibration and climbed up to 6500 MMR so I have a good idea about almost each bracket and I will try to share that knowledge with you.

Dota 2 rank system changed a lot with introducing ranks and with removing a difference between solo mmr and party mmr. There are also some hidden stats that are important in matchmaking mechanics I will also mention. 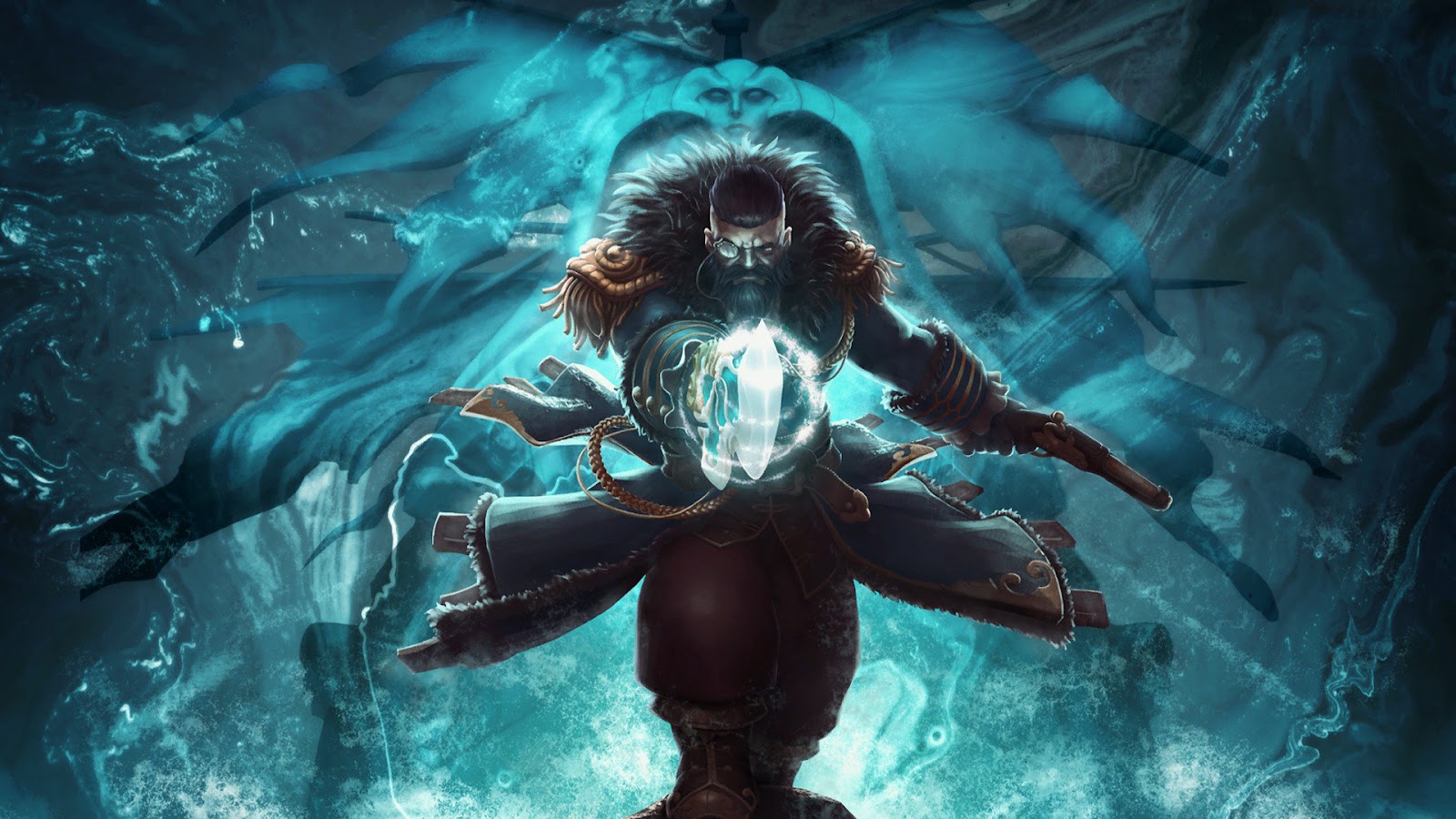 We need to start our topic with explaining everything from the beginning as for a fresh account. How does the ranked system work in Dota 2?

In order to see your MMR you need to complete dota 2 calibration first. Those are 10 ranked matchmaking games which will determine your MMR. It means you will play in a ranked mode with players with MMR already and the system will determine which bracket you fit the best.

There are few things you need to know about dota 2 calibration. Each account has a hidden skill bracket rank as well - a normal skill, a high skill and a very high skill. That hidden bracket will be your starting point of your calibration and if your goal is to have the maximum possible calibration then you need to be sure you start with a very high skill bracket. You can check your bracket from your normal games by checking your account on services like dotabuff.

Other things you need to know is not only winrate is important but also many stats like KDA, damage, healing and your performance compared to other players of the same level. It means that even if you lose your game but you played well you will be promoted to a higher MMR for your next game.

Dota 2 MMR and Medals or Ranks

Dota 2 MMR is the one important number you need to care about as only MMR is important for your matchmaking and a behavior score too. Medals or ranks is only a visual representation of your MMR and it is more like cosmetics than something that is used for matchmaking.

There is no difference between solo and party MMR right now. The only difference is the amount of MMR you receive for each win or lose. For solo matchmaking you will gain/lose 30 MMR and for the party the number will change to 20 MMR per game.

There are so called seasons in dota 2. Each season you have an option to recalibrate your MMR. It is an option right now but it gives a chance for a player to increase MMR  much faster compared to MMR matchmaking. Each win can bring you up to 100 MMR increase instead of just 20/30 MMR. 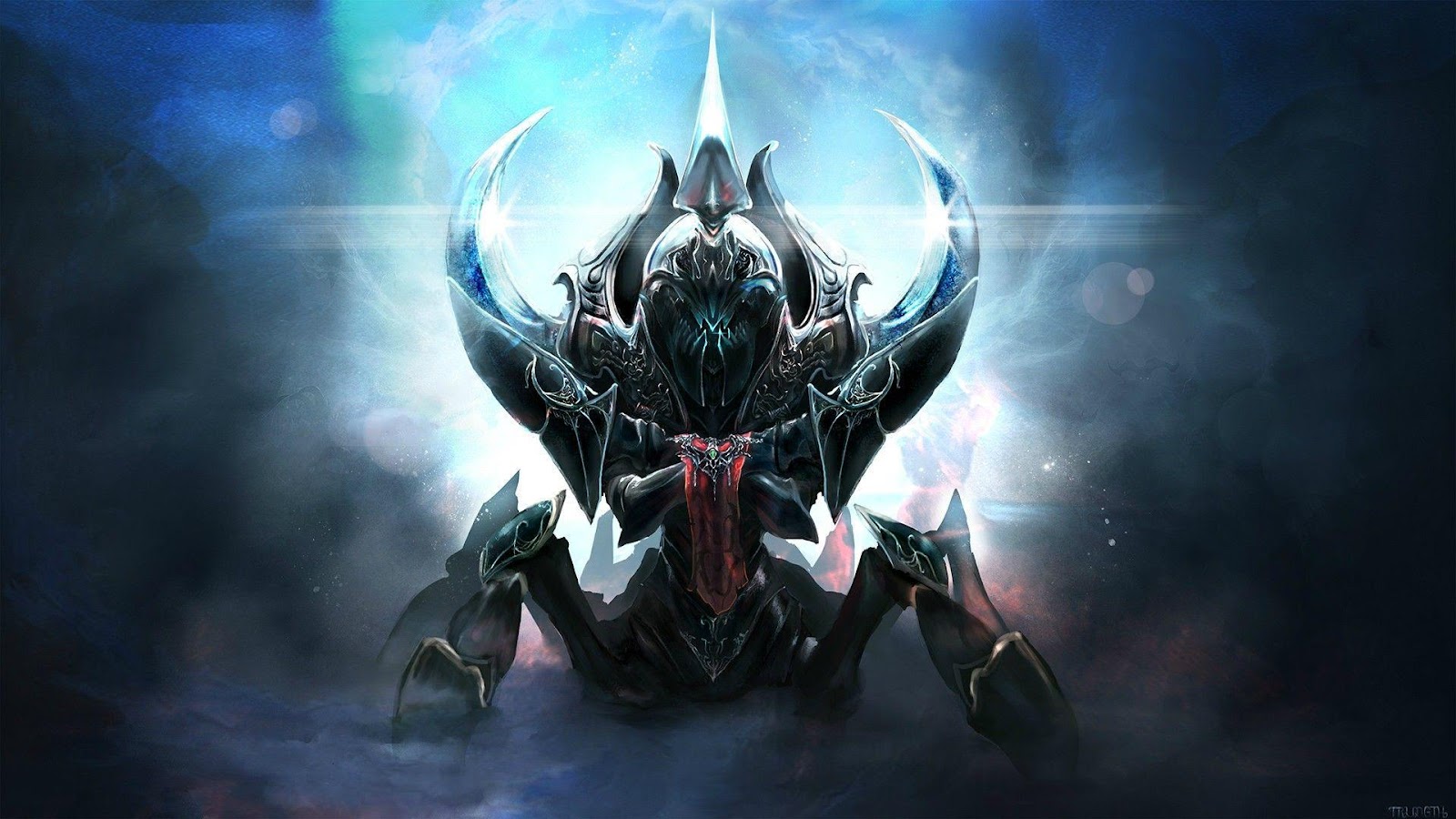 How to unlock ranked matchmaking in Dota 2?

If you plan to play ranked mode in dota 2 and have your first medal, you will need to spend some time preparing your account. Dota 2 is a hard game with many mechanics and in order to play competitive you need to learn many items, heroes and skills as well as basic strategies. That’s why ranked matchmaking is not allowed by default for new accounts but only after 100 hours played.

In order to unlock ranked you need to:

What are the MMR and medal tiers in Dota 2’s ranked mode?

In this section I want to give you my opinion on each tier in dota 2. I’ve played on each tier as a player and as a booster. I hope this information will help you to boost your mmr and progress through the game.

Please note that the medal is only a visual representation of MMR on account. Medals also cannot drop more than a few levels and sometimes medals can show ‘wrong’ skill compared to MMR. I always recommend to track your MMR rather than dota 2 rank cause it is more informative and updates after each match.

The MMR values for each rank is approximate and may vary between accounts and also depends on other players MMR and rank distribution. However, you can take that information as round numbers. 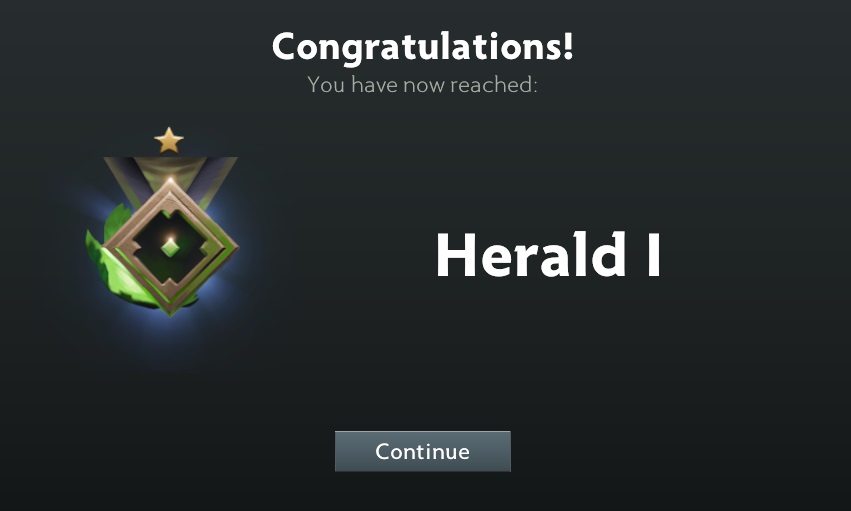 Herald ranks are the lowest MMR bracket and it is designed for new MOBA players who only learn basics, skills etc. However, there are many smurf accounts on this rank. You can meet 6000+ MMR players on Herald medals.

I would recommend playing all heroes on these medals to learn the game - skills, builds, etc. The more you know about dota 2 the better. It is important to learn the map, skills, timings and skill combos. That will help you to level up and increase your MMR easily. 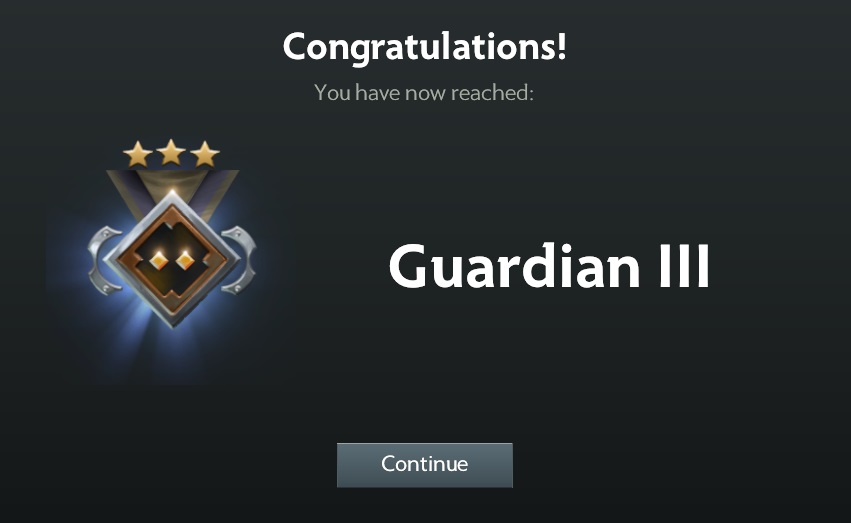 Guardian is the next tier bracket in Dota 2 matchmaking. Players on this rank know some basics, builds and even hero counters. However, everyone tries to play a core role and there are almost no gangs.

I recommend sticking to midlane on this MMR as you will have an easy time farming. The best way is to pick your strongest mid hero who is strong on lane too - it can be lina, viper or even sniper. Just make sure you feel that hero and know some build. 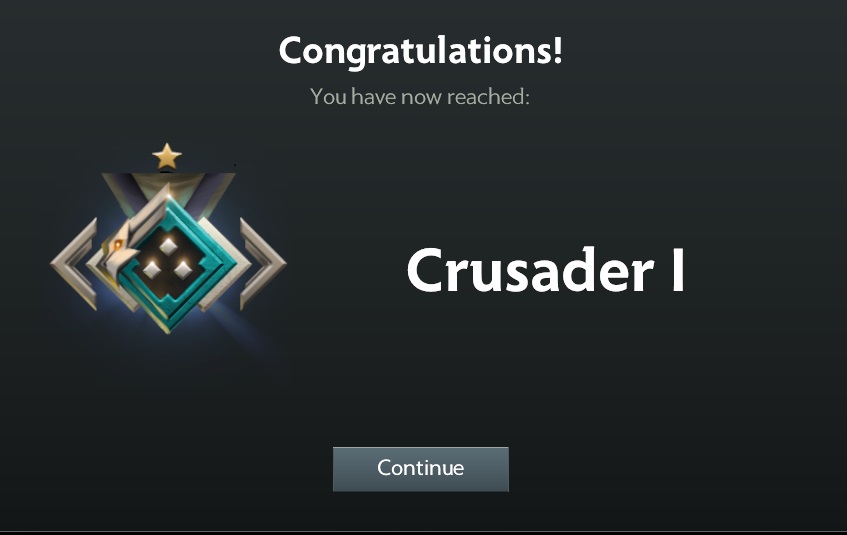 Crusader medal can be your first challenge as players on this rank usually watch pro-gamers and they know about meta and good combos. Their builds are usually very straightforward and they lack macro understanding but can impress you with a good CS and even some gangs.

You can pick any core role and learn how to play macro. Heroes like Invoker, Antimage, Lycan, Tiny, Arc Warden, Tinker, Storm Spirit can be unstoppable on this bracket. Main thing to focus is to farm faster to your opponent and destroy towers fast. That will limit map for your opponent and you will outfarm enemy team faster so you team will be ready to attack. 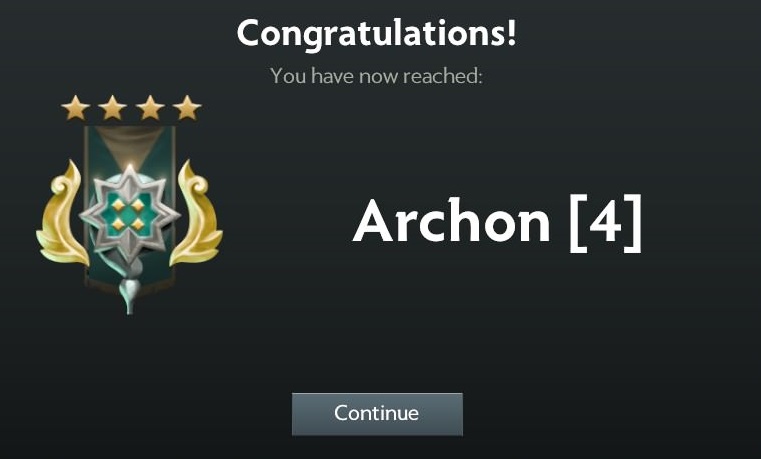 Archon medal is where you're gonna meet some combos, counter picks and good builds from pro players. However, lack of macro understanding and strength of pick is still there and if you focus on warding for yourself and taking down towers for your team, you will have a very high winrate and skip that MMR bracket. 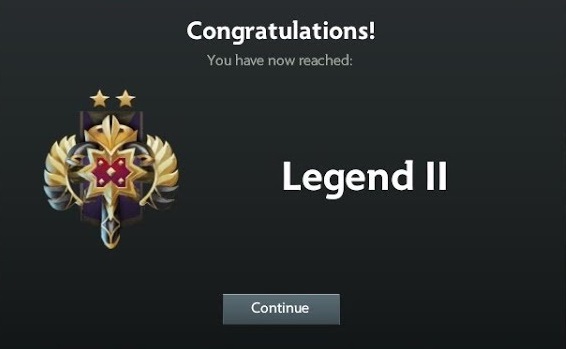 Have you heard that dota 2 is very toxic game? That’s right, and legend rank is where you will start to feel it. You will see many players surrender after 0-3 on a hardlane, crying in chat for gang and going to farm jungle in 1 min. Unfortunately, some games are unwinnable on this MMR even if you are 7k MMR players.

My recommendation is not to tilt and focus on playing midlane and strong heroes. You can also try to play as a carry but you will have many issues with your support and they don’t know what to do and usually simply leach your XP and do nothing on a lane.

Even more toxic brackets and noone is willing to accept their mistakes there. The best thing you can do is to do the opposite. Make sure not to blame your teammates even if they throw the game. Players on Ancient medals usually can farm and deny but they don’t know when to push and how to end the game. It means that you can outfarm and win any match if it lasts long enough. My recommendation is to focus on farming and coordinating your team. My top roles are mid and position 3 on this bracket. 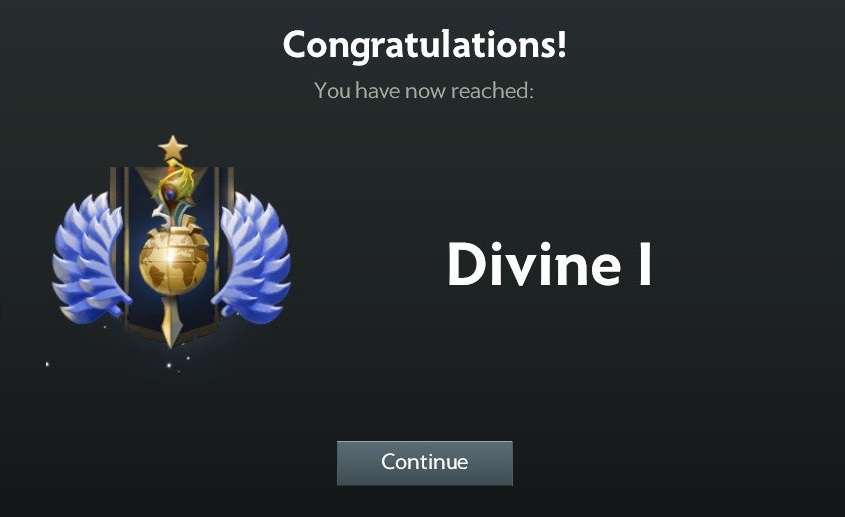 Divine rank is where I was stuck for a long time. You need a lot of practice to increase your MMR to the next level. There are many boosters on this bracket which makes many games one sided. That can make you tilt but I recommend learning from those games. Focus on avoiding your enemies, warding better and watching  mini-map. That will help you to feel the game better and each game you will farm more effectively. 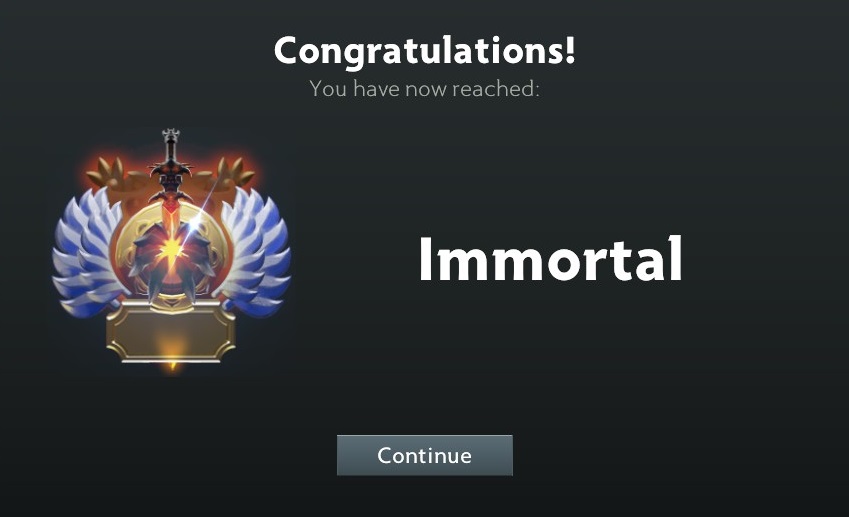 Immortal ranks can be very different as it covers a large range of MMR. The only thing I can recommend is to check replays and focus on your gameplay, no need to blame others. You will start working on your regional dota 2 leaderboards once you reach Immortal rank.

How does the Immortal Rank work?

There is no limit for MMR in Dota 2 and Immortal bracket is very different on 5500 MMR and on 7000 MMR as you can imagine. You will have your regional rank near Immortal medal as you progress on Immortal brackets.

Dota 2 Leaderboards which you can find on this page are regional. It means that each region has its own top players. You will be assigned to the region you have played most games in the last 21 days.

How does the role queue work? 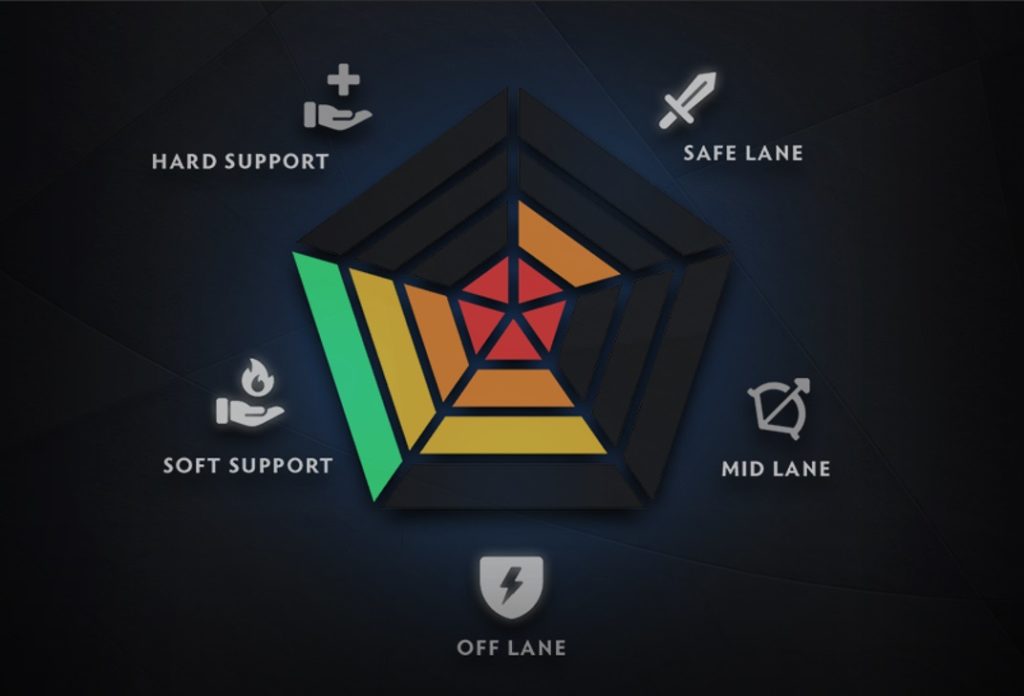 Role queue was an extremely important update for all Dota 2 players as it was a huge problem in public matchmaking. Everyone wanted to pick a core and it was common to have 4 carries on the same team. Role queue update changed it all and now every player has a fixed role when the match starts.

Players still want to pick core roles - carry or mid mostly. However, you need to have special ranked tokens to pick any role and if you have 0 left then you have to add support roles as well. That forces every player to play support roles from time to time at least. It also made team composition more balanced but there are still players who pick “jungle” roles or core heroes in a support role.

In general it is a good change and I would recommend you to play on supports more often actually even if you play mid as a main role. You will learn many new things like gang timing and direction of gangs. You will know how supports move on map and when to expect them. Just make sure to try your best when playing a support and never give up. Try to use smoke, gang enemy mid/carry, control runes and more. Macro is very important in Dota 2 and there is no way to increase your MMR above 5000 MMR without macro knowledge which you can improve only by playing all roles and reading the map.

Ranks and ladder makes sense only if you can compare yourself to other players and it is important to know where you are now. According to stats most players are playing on ranks between Legend and Archon and Divine rank is already a very high skill in Dota 2 compared to a regular player.

Here’s a table showing the percentile of each rank. You can use it to see where you stack up.

You can see that being a Divine 5 will place you in top 2% of the best Dota 2 players in the World. It is not bad, isn’t it? If you need any help with dota 2 boosting you can always use our professional dota 2 boosting service as we can boost your account up to top 1 dota 2 leaderboards. 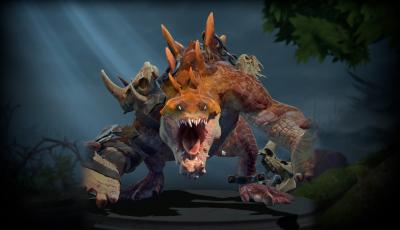 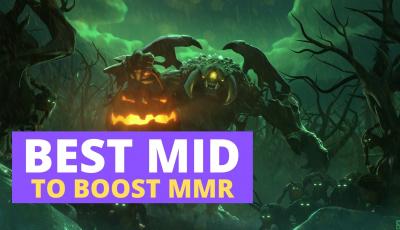 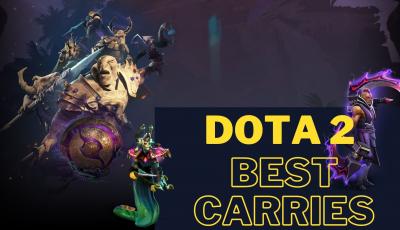