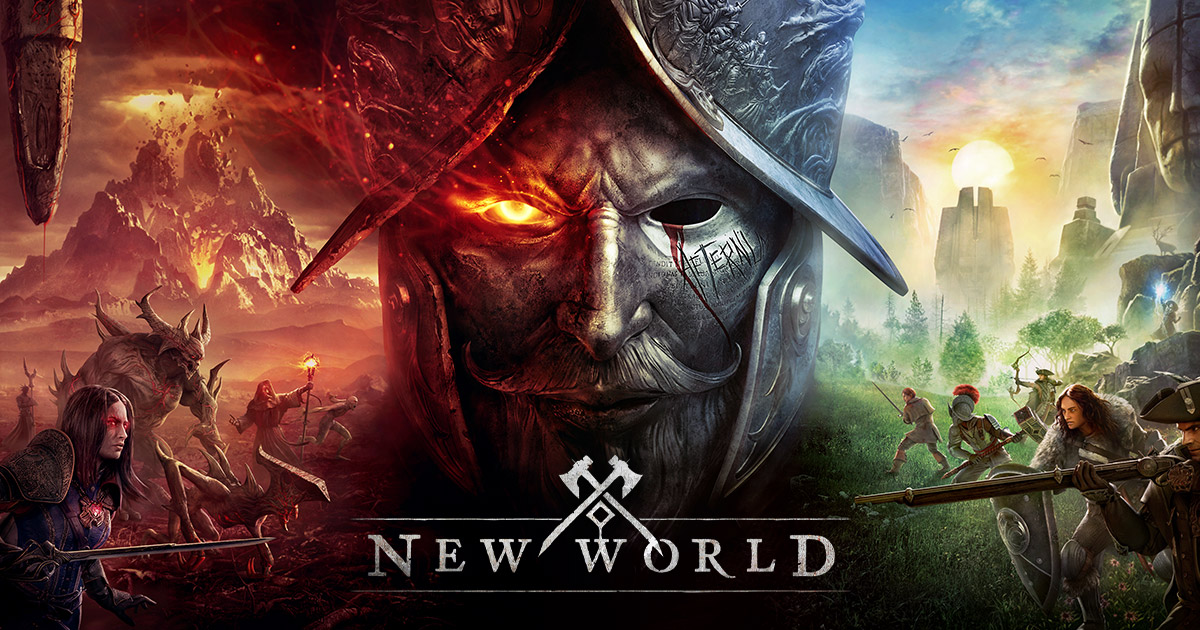 During the past couple of years, Amazon Games studio did not have an easy time on the market. This development team is at the same time one of the biggest companies working in this field, at least when it comes to long-term support it can expect from its parent company. However, it is also a struggling business in terms of its approach to making games. So far, it has published only seven games, pushing out one title per year almost precisely. It was formed in 2014 and up to this point, it published only one game for the PC, which is Crucible, a free-to-play multiplayer title that did not enjoy much success or critical attention. In all that time, it kept going only because of the endless supply of money that its parent company, Amazon, can shelf out to any of its more struggling offspring. But, the time has come for the same studio to show what it can truly do with the right material and enough time. It is soon launching its MMORPG title that will include a huge focus on crafting and player-vs-player battles.

Its name is New World and so far, many gamers from this genre are beyond interested in how the game will actually look and how it will behave in the wider MMO arena. But, at the same time, business developers are also keeping a close eye on it, mainly because of its unusual price and revenue model. The game will come with a premium price tag of 39.99 USD but include no ongoing subscription model. In the game, the developers are hoping that the players will be drawn in by the PvP conflicts, including faction wars, across a huge map and the ability to create their gear on an unprecedented level for most MMORPG titles. However, they are likely also hoping that the players will not dwell too much on the problems of a bland story and a very questionable structure of quests. These are just some of the main clashing points among the critics who got to play the game and those in the community of future New World players who also tasted the same experience before it hit the video game market.

Historically, MMORPG games rarely presented their combat process and the entire fighting experience as their main selling point. In the best-case scenario, combat was a direct effect of a rich spell and leveling system, where the players constructed their characters in the metagame but got to test it out in the combat domain. Yet, even these classics like World of Warcraft did not stay on par with the most famous single-player RPG games, where combat could be spectacular. New World seems to be a different story and one that successfully took on the drive of pure action as something that the players will enjoy the most in the game. Even now, before its official release, there is a consensus that the game offers some of the best combat moments and the whole action setup that has even come about in this genre in recent years. That applies, crucially, not just to PvP, but also to PvE, where players will be able to enjoy the process of killing NPC enemies like zombies in its full magical, and bloody glory.

That means that even in the most mundane moments in the game the players will be able to enjoy combat and challenge that comes from taking on the monsters and other creeps from the world of this game. Among the human players, the challenge and the factor of enjoyment are bumped up even further. Lastly, the Amazon Games studio team is likely hoping that the players will enjoy the faction wars the most, which would include all of the individual elements of combat but only on a massive and relatively rare scale. That, if it turns out to be true, will be the strongest appeal of the game for the dedicated players. However, even for those who start the game for the first time, one of the immediate hooks will undoubtedly be the immediate gratification of combat, including having the ability to choose among melee fighters, long-range attacks with both bow-based and gunpowder-based weapons, and finally magical offensive abilities. That mix of swords, guns, and magic offers a very appealing combination and also one that is not so readily available in other popular MMORPG games that currently rule the market.

Universe of the New World

Presently, Amazon Games has only one title in development and that is New World. The entire creative and business focus of the company now lies in this title and the success that it is hoping to find. Crucible launch taught some hard lessons to the developers and it canceled four additional games in the meantime. These included a Lord of the Rings massively multiplayer game, showing the level of dedication to this release. So, New World will either diminish the reputation of Amazon Games or build the foundation for its recognition as a major contender for big releases in the future. So far, it seems that Jeff Bezos thought that it is easy to buy Amazon’s way into the top of the game development scene. However, the failure of Crucible showed that money is not enough to immediately score big hit games  - or even average ones. Examples like Apex Legends show that it takes a lot more than luck and a big franchise to make something work well in the gaming community, especially in the multiplayer market which includes a segment more geared towards action titles.

Because of the blandness of Crucible, New World is ready to take bigger challenges and more risks. One of those is the setting where the game takes place. The game is set on a mysterious island in the Age of Exploration. After the player survives a shipwreck, they emerge on the same island, desperate to survive. Here, they find a land steep in magic, but also numerous dangers, including things like zombies and monsters. However, they soon find allies and potential friends in three different factions of other humans. Each of these has a set of traits and abilities they can muster in the fight against the dangers of the island, but also one another. While the setting is more than interesting, there seems to be a possible issue of the storyline falling into the same bland trap as Crucible. That would include two polar opposites of the same magical source, battling it out in a variation of good versus evil that so many games showcase. But, at least the environments of the island, with its different topography, vegetation, and human presence, will be there to offer visual and tactical diversity.

Another strong suit of the game is its character creation process as well as the entire leveling up mechanisms that New World brings to the table. Once the players get onto a server, they will be able to craft their character. Visually, that does not offer too many choices and the most disappointed ones are pointing out that decade-old releases offer more alternatives in that regard. Others believe that this is a space that the process of taking money from the players through microtransactions for cosmetic purposes will fill in the coming months. From a financial perspective, that makes a lot of sense. New World is a huge development undertaking that will demand regular maintenance and support, including adding brand new content.

The developers will need to create a model for financing that includes regular payments beyond the initial 39.99 and cosmetic elements seem like the first and most logical choice. However, the ability and skill progression seems to be functioning much better. Here, those skills include creating items and crafting things like artifacts that should entice a lot of players who enjoy collecting elements in their online gaming. Most critics who played New World at least a bit agree that the crafting element will be one of the pillars of the game’s experience. That includes an interesting Town Project Board feature, where players can take on these small crafting quests, which provide XP points and bonuses, but also practical resources and other elements. In that regard, it seems that New World is taking a page out of the Runescape book, which will be something that many players will love.

The time that the New World had so far with hand-picked players and gaming journalists provides a mixed picture. On one hand, the quests and the wider storyline are not promising, but this will take months to show its true face. What is immediately clear is that Amazon Games turned the combat, graphics, and even sound design of this MMORPG into something worthy of standard AAA single-player games. That alone should help people jump on board when the game comes out. Also, it is worthy to mention that New World is coming out in the perfect moment when other similar games are taken into consideration. With World of Warcraft getting fewer players with each passing month and Final Fantasy XIV still being a niche interest, a widely appealing MMORPG stands a good chance of catching the attention of players regardless of its quality. If Amazon Games manages to ensure that the quality is at least steady through weeks and months of gameplay, this experiment in the genre could have what it takes to become a global hit.