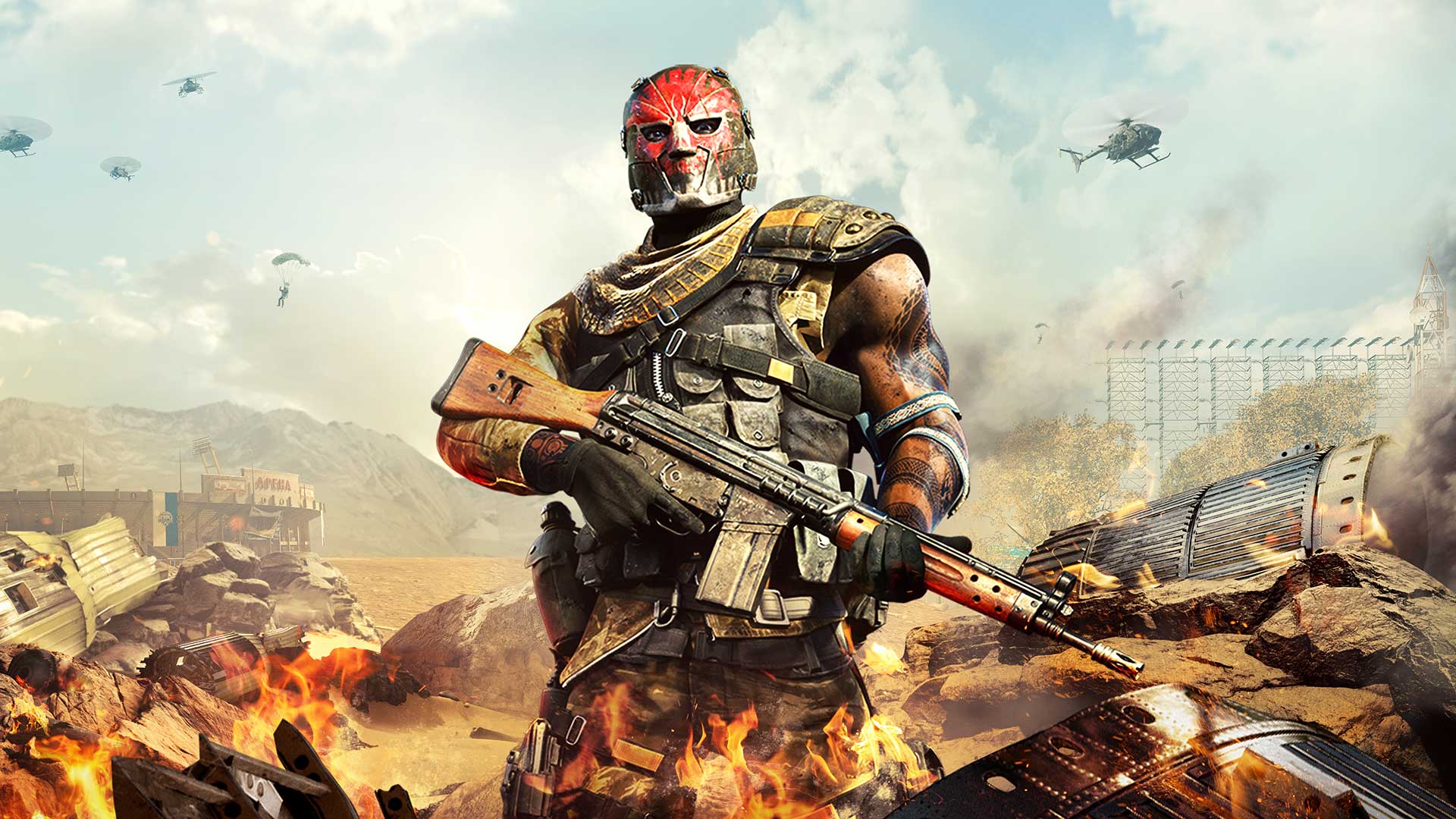 The new season is hitting two of the biggest first-person shooters in the world. That is none other than the Call of Duty series and the games are Black Ops Cold War and Warzone. The content that is incoming includes additional multiplayer maps, five brand new weapons, as well additional Points of Interest in one of the most hyped locations in the game, Verdansk. But, the content does not end there. Instead, it covers a new Outbreak quest that will set things up for the next Zombies map, all free of course, incoming later during the season. Here is a deep dive into the same season and why no player of the Call of Duty franchise should ignore its arrival.

The new season picks up from the Alder’s extraction that takes place on June 10, 1984, with the lead of Frank Woods. In its aftermath, Perseus agents come together to undertake a debriefing. These are Wraith, Knight, and Stitch, all assembled at an unknown location. The rescue mission by the CIA went about a lot faster than anyone could have predicted. Now, their satellites are in a state of interference with the broadcasts coming from Perseus. All of this is stopping the experiment that Stitch took on the test subject located in Verdansk. However, he still has a shot at it, because another agent is getting ready to enter the Perseus story and become a new pawn in this massive global chess for power. That agent is briefly seen by the players while wearing a metal mask with a strong menacing feel. That happens as he breaches a Ground Station that the CIA runs in South Africa. The same event took place on June 26, 1984. There, he gets to the control room of the same compound and takes a specialist alive. The specialist is a satellite expert and soon, the two CIA satellites deorbit to points in Algeria and Verdansk. As the satellites descend, he strangles the satellite specialist and makes sure there are no loose ends for Perseus and its plans for world domination.

Soon, the information comes to the western forces that one satellite came down in the depths of the Algerian desert. Right after, the CIA assembles a NATO team to reach the site and assess what has happened. They are also tasked with neutralizing any hostels and learn as much as they can about the fate of the satellite. Adler takes the lead of the task, after weeks of recovery have passed. However, despite mental and physical health clearance, the sight of the satellite makes something inside of him snap. He breaks away from his team and fearlessly rushes into the crash site, taking down enemy forces so that he can get the codec located on the space platform. Later on, his allies question his decisions, but Adler remains steadfast in his determination to take on the enemy, saying that they are all fighting a war and that there is no room for hesitancy or insecurities. All of these trendlines in the story prepare the players for an entirely new war that is coming in Seasons Four in Warzone and Black Ops Cold War. The seasons hit on June 15 in Black Ops Cold War. It arrived a day later to the Warzone servers. With it, a whole new chapter in the struggle between secret forces of this exciting game world was ready to commence.

The kickoff to the season was a limited-time happening in the game, which made sure that the new piece of content begins with a huge bang. That was the process of Ground Fall, where the players had to find and secure all SAT-Links. If they did that, they get loads of rewards across both Warzone and Black Ops Cold War. In the event, they had to tackle a range of objectives that were connected to new maps, weapons, and modes in the Black Ops Cold War, as well as a new Warzone point of interest. The developers added to those rewards including Calling Cards, Emblems, and even a Satellite Weapon Charm, followed by lots of XP.

For the new season, both the Warsaw Pact and NATO forces got new characters for their front line. Warsaw Pact got Jackal, a South Africa local and a mercenary leader. NATO, on the other hand, got Salah and Weaver. Salah is one of the original members of the CIA-led team that infiltrated the satellite crash site in the Algerian desert. With a lot of combat experience but also negotiation skills, he is one of the most dynamic members of the NATO forces. Weaver was born in the USSR but rained in the USA. As a clandestine officer of the CIA, he is well familiar with both sides of the brutal Cold War. That war had a drastic effect on his own life, having resulted in the loss of his left eye. All of these new operators will be accessible in the Season Four Store Bundle, which is an opportunity many players took already, while others will do so most likely very soon.

The entire Call of Duty franchise would not be what it is without its signature weapons. With the start of Season Four, players will gain access to an enlarged arsenal of weapons along with their Battle Pass. That also included three additional unlockable amenities that will be available later during the season. The launch of the season will bring MG 82: LMG, a light machine gun with a terrific full auto feature. It offers improved aiming speed and the highest rate of fire of all LMG. The other launch weapon is the C58: Assault Rifle. This gun is an assault rifle with a high damage potential at short distances, but a slower rate of fire. It also brings smaller ammo capacity but provides very reliable recoil control. There is the in-season  OTs 9, an SMG with great stopping power and a stellar rate of fire. The only drawback it brings is a magazine capacity of only 20 rounds. Nail Gun: Special/SMG is also in the mix, as a specialized power tool with a slow-firing compressed air launcher, which is exceedingly deadly at close range. In-season, players will be able to get their hands on the Mace, which is a melee weapon that allows them to dispense some medieval violence on their enemies. It will bring the total number of melee weapons to eight in the games. The last three weapons will be accessible through in-game challenges. Of course, getting any of these might be a challenge for some - in that case, Call of Duty Cold War Boosting is the perfect solution!

The season is taking the players to new places and that includes new exciting multiplayer maps. These include the 12 vs 12 Collateral and 6 vs 6 Collateral Strike. Collateral is very exciting because it offers the sunny desert of Algeria and its satellite crash site, along with an abandoned village. The new content will also feature Amsterdam, with its 2 vs 2 and 3 vs 3 alternatives, offering a chance to wage war across the rooftops of this classical European city. Hijacked is a 6 vs 6 map and it initially appeared in Black Ops II. The action is set on a superyacht in the international waters. Here, fighting takes place on all decks, offering both cramped quarters like the boiler room, but also open spaces with things like hot tubs. Finally, there is the Rush as a 6 vs 6 map, with its paintball theme, but now in a remastered version.

Sat-Link is the new multi-team multiplayer mode, which will see the players rush to find the locations of these devices. Once they are found and powered up, the players will be able to upload data to orbiting satellites. One in the Chamber is a game mode available on launch that will be a party game and a free-for-all setup where all players get one bullet to start and get another one only if they make a kill. Capture the Flag will be coming during the season and provide the well-known setup.

Season Four is also bringing new zombie content for the players to deal with. The New Outbreak region is set deep within the imposing Ural mountains, where a zoo has been infected by the walking dead. Once there, the players will complete objectives, find a new Dark Aether story intel and get many additional opportunities.

The content will introduce new vehicles, which include the Dirt Bike, as two-wheeled alternatives for all those tough, off-road situations. Its feathers will cover great maneuverability, a big turning radius, and increased tractions. That will make it ideal for all those difficult places across the devastated Vedansk. There is no doubt that many mobile-minded players will quickly get the hang of it. The same vehicle is not the end of all amazing things this season brings but does mark those that are the most important ones!